A brief review of the literature on managing during a crisis yields some similarities in suggested approaches. Engagement via communication that it is confident, honest, and displays empathy. Empowerment via positivity and a focus on the greater good. Expertise via decisive and reliable action and information.

As we watch this crisis unfold and view its impact across the globe, we see a variety of responses by governments and reactions to that by its people. Recently being touted for their effectiveness at managing the COVID-19 crisis are several female world leaders. It is interesting to note that experts and observers cite that these leaders are delivering on many of the aforementioned approaches to crisis management.

Forbes contributor Aviva Wittenberg-Cox, who’s writing on this topic has gone viral, suggests that these female world leaders are excelling in truth, decisiveness, tech, and love.

Among those world leaders she mentions New Zealand’s Prime Minister Jacinda Ardern. The PM has been described as taking a kindness approach. She communicates empathy and a sense that we are all suffering for the common good. Her Facebook Live sessions are described as folksy and honest, expressing both truth and love. She creates shared meaning for her fellow New Zealanders by reminding them that the early lockdowns were a sacrifice made to protect each other. This invitation to sacrifice together for the greater good has empowered citizens to be a part of a necessary response. The very slow spread and low casualty count has resulted in an 80% approval rating.

In Germany, Prime Minister Angela Merkel’s clear and concise communication of the actions being taken, has undoubtedly been supported by her doctorate in quantum chemistry. More importantly, it has helped Germany have much lower death rates than other EU countries. The role of her expertise and her ability to communicate science has been essential and helped PM Merkel maintain a 70% approval rating.

Perhaps no response has been more successful than Taiwan’s president Tsai Ing-wen. She activated the country’s central epidemic command center in early January. Her decisive action has allowed much of the economy to avoid a shutdown, and remarkably they have only reported 6 deaths attributed to COVID-19. Having the experts in the epidemic command center ready to act demonstrates remarkable preparedness and wisdom.

Currently, 7% of the world’s population lives in countries that are led by women. Why they are faring better than countries led by men is a matter for social-scientists and psychologists to explore. As an observer of leadership it is clear that female world leaders are doing the following three things:

These three actions are an excellent template for leaders to follow. During a crisis, it seems they take on added importance.

0
« Finding Meaning In A World Without Work: 3 Important Actions that Can Help You Flourish
New Research Highlights the Need for Leadership Training »

Dr. Jackson has a passion for inspiring others and helping them reach their fullest potential through Meaning-Centered Leadership.
Recent Articles
The Power of Purpose
March 10, 2022 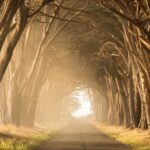 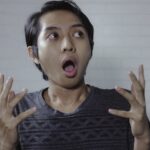 The Strongest Predictor of Employee Disengagement May Surprise You 
February 10, 2022 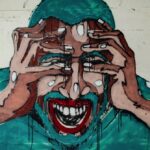 What’s Got You Stressed: 5 Important Questions to Consider
January 31, 2022 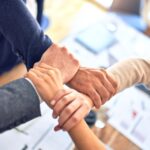 Quality Coaching for Engagement and Retention
January 20, 2022
Subscribe
The Power of Purpose
March 10, 2022

The Strongest Predictor of Employee Disengagement May Surprise You 
February 10, 2022

What’s Got You Stressed: 5 Important Questions to Consider
January 31, 2022